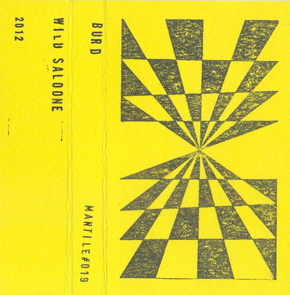 Melodic and rhythmic sensibilities occasionally get the better of us. Burd finally gave into his - delivering this one take, direct to four-track cosmic synth recording with shades of house to me in early 2010  – it never should have taken so long for it to see the light of day. Wild Saloone will probably draw most comparisons with the output of Steven Warwick’s Heatsick project, since it hit the dance floor. 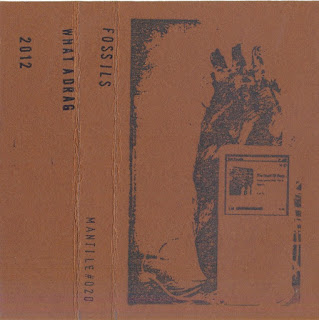 Tarred with the crude brush, What A Drag was someplace and now they’re somewhere else. Studio & live cuts from Payne and Farr, edited by Scarr. “Where else can you do a half-a-million things”. 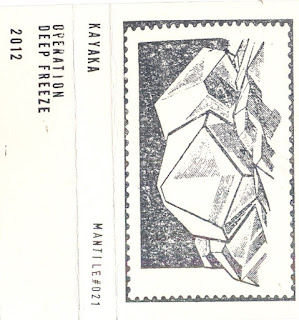 Operation Deep Freeze came out of a period where Kaya Kamijo was working with a more structured form of noise music, towing a line quite close to what could be considered a more straight form of rock music, but its warped by an odd sensibility that’s pinned around the scattered beats of a primitive drum machine. At times it's reminiscent of the more abstracted moments of Peter Hammill’s A Black Box, and a somewhat less fractured To Live And Shave In LA. 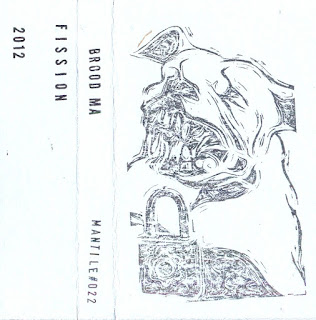 Brood Ma is the musical alias of (multi-disciplinarian) artist James B Stringer. F I S S I O N resonates within a field of contemporary electronic (dance) music which has developed a hybrid form - where numerous genres exist within the whole - simultaneously, fittingly. As for reference points - the first few 12”s of Dro Carey, and the likes of Nguzunguzu with a more industrially tinged and unhinged mind-set. 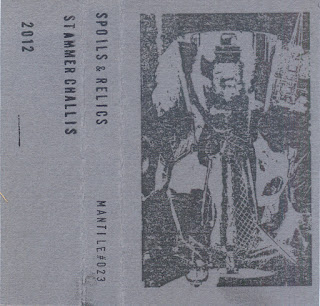 Now I know where to bring my raspberry pies. Yes, send them to the Blessed one.

Previews of the forthcoming cassette releases...

Excerpt from the Spoils & Relics side
Posted by MANTILE at 01:38

Labels: Armed Within Movement, cM nG, spoils and relics, spoils relics, up the flux, up the flux: mark II

We wanted to release something beautiful that people would want to keep; something that represents the musicians who have played for us during our first three years of events; and something that helps introduce some lesser known bands from our home town of Southampton, UK.

All music was donated by the artists with the intention of helping us raise money to fund our Southampton shows. Initially this will entail purchasing a PA. You can help us by spreading the word, whether that’s via forums, social networking, reviews or however else you see fit.
Missing Nothing will be burned to order, with packaging assembled by hand, in an initial run of 100." 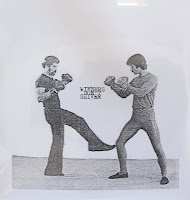 "They are loved, loathed, feared, despised and even worshipped; human beings whose appearances and natures often conspire to defy that very description. We call them freaks. We have exhibited them, exploited them, applauded them, laughed at them and, sometimes, shut them far away from the world..."

this track was recorded around the same time in march 2010.


As featured on the compilation which accompanied Feral Debris issue 5. Recorded in January 2011.
http://feraldebris.blogspot.com/
Posted by MANTILE at 02:30 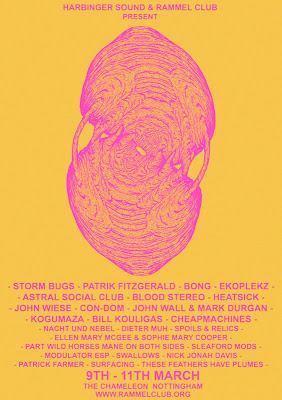